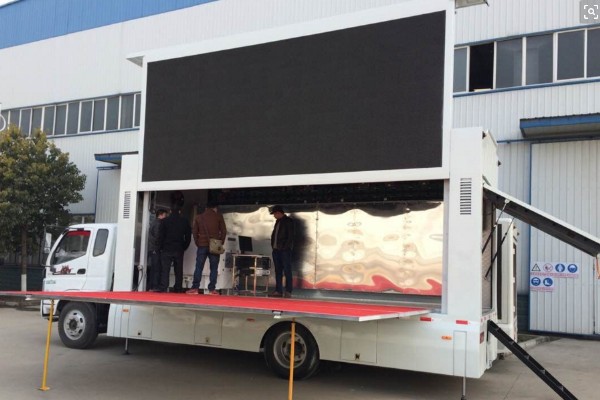 Xiao Bian made a small arrangement and summary of the advantages of LED advertising vehicles . First of all, LED advertising vehicles let the advertising start to lower their attitude to adapt to the public, shuttle in the streets, the three-dimensional picture and sound at the same time carried out a dual publicity, and played a very good effect. Specifically, where is its advantage, we also need to make a simple comparison with traditional media. Traditional media include light boxes and flat billboards such as bus stop cards. These advertisements can only be advertised for a period of time and require complicated production. Different processes and costs and customer needs will require targeted replacement. LED advertising campaigns can be quickly replaced by electronic products without the need for production, installation, removal, and the like of print billboards. The cost of LED publicity vehicles is much lower than that of wall-mounted LED screens. At the same time, LED advertising vehicles can serve as outdoor live broadcasts, live broadcasts, etc., and are excellent tools for various outdoor sales, draft shows, and star concerts.

LED promotional vehicles can be moved, combined, and environment-friendly. Because of its own equipment, it can fulfill the requirements of multiple forms, multiple orientations, and multiple types. It is not subject to the objective conditions of the site and can be fixed or not fixed. In addition, LED advertising vehicles are widely used, and many outdoor press conferences and product launches are used. At the same time, promotional activities, product promotion, brand promotion and other activities of the company will be used at the scene to display products. Interact with on-site consumers.