A few days ago, the two bus-related news were confusing. The first news was published in the online video. The video shows that a bus driver actually holds a mobile phone while watching the video while driving. It was later proved that the driver was a bus driver in Dalang, Dongguan. Dalang Bus Company has also suspended the driver. The other is: On the morning of May 9th, Yan Ting, a flower girl who was studying in the third year of high school in Hunan, was killed under the wheel of a bus. After the tragedy occurred, the relatives found out through the video that the bus driver had a lot of improper actions in the accident. He neither took reasonable evasive action nor arrived in time for the doctor. Within 50 meters of the site of the incident, there was a hospital outpatient department. The doctors involved in the rescue said that if the injured arrived one minute early, the chance of survival would be even greater. Things have happened, but the thoughts related to these two incidents have only just begun: How do you observe the safety baseline during the operation of the public transportation system?

Buses are an important part of the public transport system and can even be said to be the most important link. Its mission of public transport is to provide safe and affordable city travel options for as many citizens as possible. Because the number of citizens involved is large, the task of passenger transportation undertaken is important. To ensure its safety and reliability, it is of great significance to ensure public safety.

How to ensure the safety of buses? In addition to being safe and reliable on the hardware, the software, which is also the quality of the driver, should also be done. To ensure the hardware safety of buses, a set of mature operational ideas has been formed. Bus safety is not safe and reliable, and its own bus drivers are monitored in real time and dynamically. Therefore, this issue is not significant.

Safety awareness and emergency response capability are the basic qualities of bus drivers, and they are also prerequisites and basic conditions for securing bus safety. Bus drivers drive while driving their phones, reflecting the indifference of the driver's safety awareness. This is an indifference to the safety of public transportation. It is also a contempt for public safety and should alert more bus drivers and transport industry practitioners.

The accident of a girl being killed in a bus on May 9th was also a rebuttal to the importance of safety awareness and emergency response capability of bus drivers. The traffic warnings of â€œNever stop for three minutes, do not grab one secondâ€ are everywhere, but more work is needed to internalize it into the actions of bus drivers. While promoting "bus priority" to ensure that buses play a major role in urban public transportation, they should also more strictly ensure that buses comply with traffic regulations. Pedestrians in areas such as zebra crossings have always been the requirements for motor vehicles in the traffic regulations, but the implementation is very general. The city bus should play an exemplary role in the implementation of "courtesy pedestrians", and only this can improve the safety and reliability of urban public transport.

At the same time, for urban public transport participants, emergency response training should be strengthened. The traffic police department often organizes traffic practitioners to conduct drills. But is there any effective training for bus drivers? Does the appropriate transportation company pay enough attention to relevant training? These are worth reflecting on.

It can be said that these two incidents together constitute a silhouette of public transportation safety in Dongguan City. In the public transportation system, there are still drivers with poor awareness of traffic safety and poor emergency response capabilities. This must cause the relevant departments to pay enough attention. On the one hand, all bus drivers and other transport industry practitioners should find possible causal links between the two incidents and abide by the "traffic safety, life supreme" bottom line. On the other hand, the competent department of transportation should have clear punitive measures and rectification efforts to avoid public safety incidents. Only this can give the public a safe public transport system.

Welcome to the website of Shandong Lixu International Trade Co., Ltd. This category can take you to know almost all product models of micro to medium-sized construction machinery. 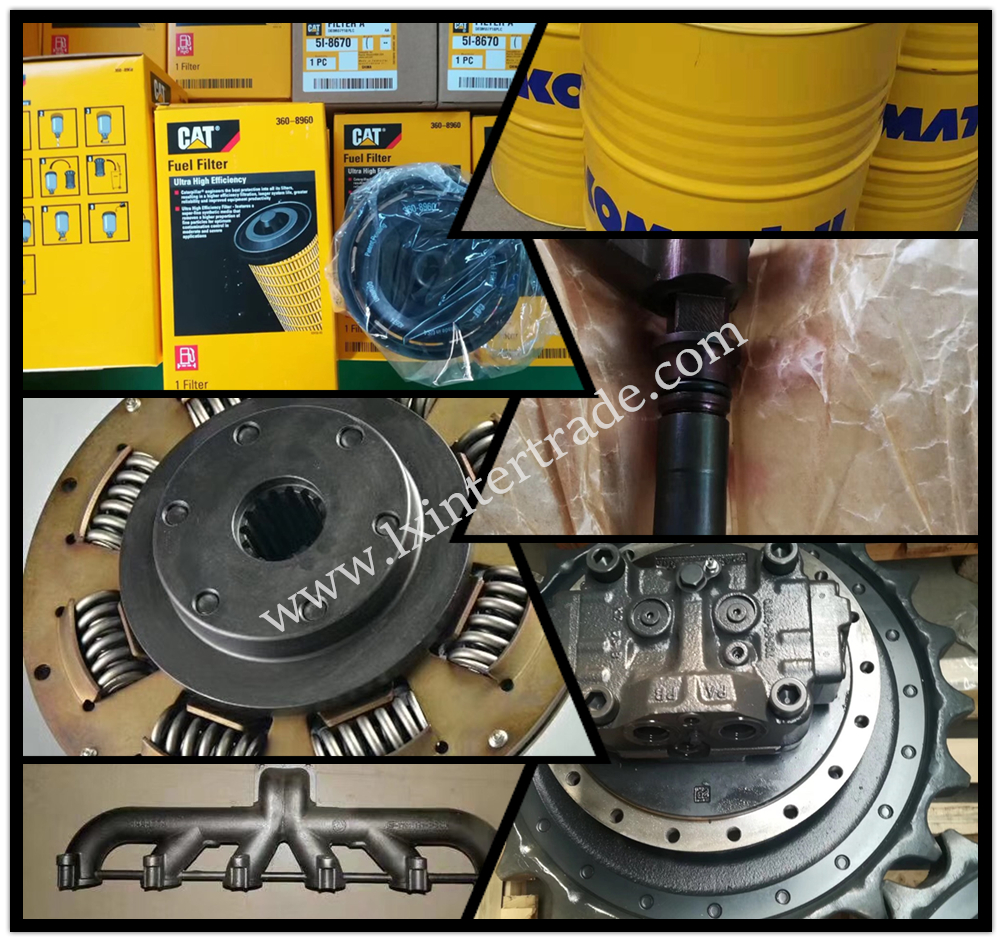 Our company's products include all wearing parts and maintenance parts needed for construction machinery. The professional service team can quickly provide and display the accessories you need based on the brief information you provide. Then use convenient and fast air express or air transportation to directly deliver the accessories you need door-to-door to your designated location. For you to reduce the economic losses caused by downtime, improve equipment OEE operating indicators.


If you encounter any unsolvable problems during the use of the equipment, please contact our professional service team. The team can solve the problem for you and improve the equipment utilization rate according to the information you provided and the accumulation of long-term experience.