The lubricity of leaf springs is also extremely important for a suction truck. Old drivers who have years of driving experience should all know that the leaf springs of suction trucks are made up of many steel plates of varying lengths, thicknesses, and elasticity. Its main function is to connect the axle and frame with suspension. It is exposed between the axle and the frame, and it withstands the impact of the wheel's impact on the frame. It acts as a vibration-reducing body and keeps the suction truck driving on different road conditions. It has a good stability and adaptability. When the leaf spring of the suction truck is bearing the impact of the load, it is formed by a stretching motion. The friction between the steel sheet and the steel sheet is relatively strong, and this kind of condition is called squeeze pulling. The situation is stretched. 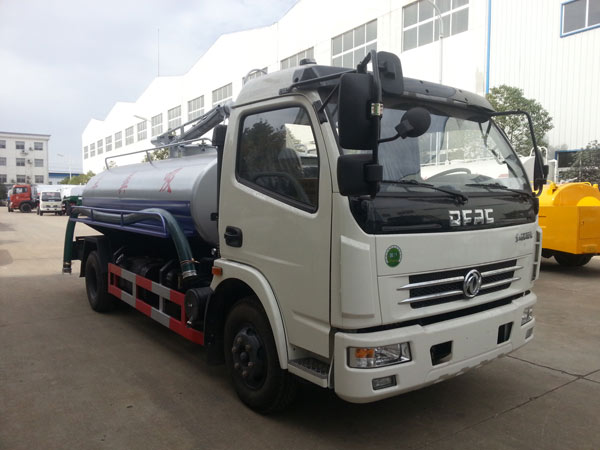 However, when the two frictional surfaces are again moved by two different frictional forces, the temperature of the leaf spring of the suction truck will rise sharply, causing the epidermis to pull up. There will be some small cracks. When the impact frequency of the load is increasing, the friction generated by the stretching will also increase a little. When the stress concentration reaches the fatigue limit, it will lead to The vehicle is single or broken overall. According to relevant experiments, it is shown that when the frequency of movement of a steel device undergoing a compression movement increases sharply, the temperature gradually increases and the strength decreases, and cracks appear at the stress concentration point. Gradually deepening the scope of expansion, it will reach the status of fatigue damage.

Of course, the leaf spring of the suction truck is also such a principle. The leaf spring has a relatively high elasticity and is better than other general steel parts. In addition to other factors, leaf spring breaks are due to poor lubrication. After the end of the running-in period, the new suction truck needs to be lubricated.